Shortly after the death of the Tragic Muse’s eldest daughter, in the same year of 1803, the artist who had once believed he loved her found his ideal personification of physical and intellectual femininity. She was an elegant and composed woman, a refined and independent spirit who understood his temperament and his art.

The shining culmination of the artist’s love of his muse:
Sir Thomas Lawrence. Mrs Jens Wolff, painted 1803 – 1815. © The Art Institute of Chicago, Mr and Mrs W. W. Kimball Collection. At the time she first met Lawrence, Isabella Anne Hutchinson was unhappily married to the Danish diplomat and art collector Jens Wolff from whom she later separated in 1810.

She was a little older than the daughter of tragedy, tall and dark like her, but free of sisters and disease. She was a model of discretion as much as beauty, a social sophisticate who made no demands on him. She did not need marriage to consummate their loving friendship.

For this convenience, he was grateful, because it gave him freedom without responsibility, and though people gossipped, not a breath of scandal compromised his professional reputation as a society portraitist ever again. Her gratification came from inspiring and guiding the artist to create works that would invest her with immortality by association. She was his perfect muse.

He spent twelve years painting her portrait, and it was the most intimate image of feminine self-awareness he ever created. If he had been a woman, this was how he would like to have been painted, and loved, shining in the light of attention. The éclat of her profile, gracefully bent in contemplation of Michelangelo’s drawings, recalled the unaffected abstraction of the other girl he had tried to love, head drooping as she listened to her own thoughts, composed her own songs, her self-absorption entirely real, not studied, sadness lingering over her.

The year after her eldest daughter’s death, the Tragic Muse created one of her most triumphant characterizations of emotional suffering as Constance in King John, grieving over her dead little son. “She said, years afterwards, that she had never acted so well as once, ‘ when her heart was heavy concerning the loss of a child.'” [1]

She carried on working for a few more years, but she was losing some of her elemental power. The people no longer worshipped as before. They demanded to see her in the same parts she had played in her prime, then criticized her for using “her great guns” too soon, never thinking that the goddess really was a mortal woman “in paroxysms of agony” in her private life.[2]

Her presence had always been monumental, but now her body had grown so heavy that she could not get up without help during performances. People felt sorrier for the woman herself than the characters she was playing.

She feared retirement from performance; she knew it would be a living death for her. Acting was her only “vent for her private sorrows”. [3] The stage was her natural habitat; she could not feel real anywhere else. Every day there was a moment she would be thinking:  ” Oh, dear ! this is the time I used to be thinking of going to the theatre…” [4]

Years before, audiences had been enthralled watching her act while she was visibly pregnant, admiring the unaccustomed maternal majesty she lent Lady Macbeth, suspending their disbelief when she played boyish Rosalind in As You Like It, even the virgin Isabella in Measure for Measure, but now she was old and fat and sad, a pitiful relic of a statelier, more formal age, their adoration for their mother-goddess dropped away. 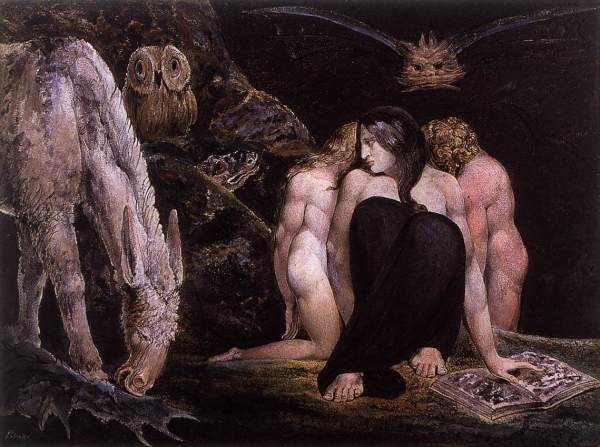 Despite her habit of standing outside herself, so she could control the effect she was making, mortality had overrun her divine gift. Either her own emotions had burst their banks and flooded the character she was imagining, or public taste in deities was changing. Classically constructed arguments had failed to bring people material or spiritual relief; they wanted sensations, provided by actors whose unpredictable flashes of intuition were accompanied by thunder and lightning, fuelled by demonic energy, signs of a primal life-force.

If she did not retire soon, her voice would be no longer an invisible wave rolling plangently into the hearts of her audience from her shining island shrine; it would be the grating voice of a large, middle-aged woman, heavily made up and gesticulating ponderously on an artificially lit stage.  The final enemy of the best of actors is over-exposure.

Yet still, in the minds of many believers, among them poets and painters, who had seen her great performances, she was Immortal and Incomparable. They clung to her powerful maternal image because they needed a constant star in a vexed world, and only she granted them intimations of divinity, a union with something greater than their everyday selves. 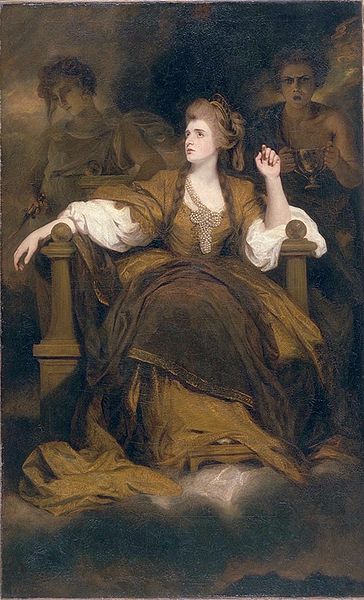 Of all the interpreters of human personality that they had seen, she alone had inhabited the rational and emotional worlds at the same time, a classical ideal who could fulfill the passionate yearnings of revolution, who could enthuse rhetoric with spontaneous feeling, and shed the light of reason on the abyss of despair.

The affinity between the Tragic Muse and her daughters’ lover was unbroken, a fiery trail that could not be quenched, two comets blazing through the sky, never colliding. They would never be rivals because they professed different arts. They shared a secret knowledge, that they were empty unless they could act and paint. Like a tender mother, she had always understood the melancholy at his core, because it was the same as her own.

Radiant in mutual admiration, they could not believe in themselves unless everyone else believed in them. Even in their majesty, they craved applause like two children performing at an adults’ party, relieved that they were still not found out. By the time he was an old man, the ingratiating charm of his melancholic smile was set like enamel on his face.[5]

Echo and Narcissus by J.W. Waterhouse (1849 – 1817), 1903, a devout illustrator of Romantic poetry and neoclassical mythology, who rendered the decorative possibilities of the original sources while denying their painful realities. His work re-entered popular culture in another, and under-estimated, period of Romantic revival, the 1970s.
Oil on Canvas. Collection of Walker Art Gallery, National Museums Liverpool

When he made love to women, he did not look at them, but at his own reflection in their eyes. He saw the hero of dramatic tragedy, ruled by his passions; worldly observers saw an ageing male coquet.[6]

Their private passions did not burn the actress and artist only for so long as they could transmute them, she into speech and gesture, he into colour and shape, melding them into flaming brush strokes of red and black, showing her to the world as he saw her on stage, a goddess in a mortal setting, glowing in fire and sulphur.

The Prophetess of Romanticism:
Mrs Siddons, oil on canvas by Sir Thomas Lawrence, 1804 © Tate 2014
[1] F.M.W. Parsons, The Incomparable Siddons, 1909, 197
[2] Melesina St George, née Chevenix, later Mrs Trench, commenting in her Journal, 1799, quoted in Parsons, p.255.
[3] From Tom Moore’s Diary, quoted by Parsons, p.274.
[4] Sarah Siddons to a visitor, quoted by Parsons, p.274
[5] Benjamin Haydon wrote in his diary, 9 January, 1830, about Sir Thomas Lawrence: “he had smiled so often and so long, that at last his smile wore the appearance of being set in enamel”.
[6] Joseph Farington, minor landscape painter and gossipy diarist, described Thomas Lawrence as a “male coquet”, quoted by Richard Holmes in his essay for Thomas Lawrence Portraits exhibition guide, NPG, 2010
Click here to read an alternative account of the Siddons family and Sir Thomas Lawrence
and here for a blography of Mrs Siddons herself

8 comments on “The Prophetess and the Muse”