Mrs Siddons was a serious-minded, religious person with artistic and intellectual interests and friends outside the acting profession. She had been fascinated by sculpture since she had first seen the collection at Guys Cliffe where she had been a maid. In 1789, during an enforced break from acting, due to bad health, she took up sculpture as an alternative creative outlet. Her first and chief subject was herself.

She was dissatisfied with the often flattering distortions of her by professional portraitists and was sure she could make a closer likeness. She discovered in her face an even more powerful intensity than any of the artists who had portrayed her, a fuller underlip and jutting jaw, a heavier weight of melancholy: it is the Shakespearean head of Brutus, a brooding Romantic hero, a philosopher or leader, a grieving mother or warrior queen, a guilty Lady Macbeth reliving her crimes in her sleep; beyond the confines of a single gender, it is human.

Outwardly, she endured the death of her son Henry with Christian resignation. In private, she turned to sculpture for therapy. She had been officially retired from acting for three years; deprived of her profession, moulding clay was the only thing she had left “which forced [her] out of herself”, “a resource which fortunately never fails me”.

The physical activity of “puddling with my clay” relieved her tension as she struggled to make sense out of the meaningless void of bereavement. She began a full-length figure of her youngest surviving child, twenty-year old Cecilia, as if by totemic transference the representation, being stronger than death, would keep the girl alive.

In her acting and her sculpture, she rendered characters in the round. She refined her dramatic art to affect a broad audience in both sensationally emotional and profoundly intellectual ways. She offered the possibility of bringing peace to warring states of mind through the reconciliation of reason and passion, the elixir sought by all the writers of her age.

She lived in fear of obsolesence, and was always insecure about being supplanted by rival actresses; she was lucky to die before the debut of the extraordinary Rachel (1821 – 1858), the Swiss-born Jewish actress whose passionate reinterpretations of French classical drama shook European audiences out of mannered Romanticism into the next revolution of Naturalism. 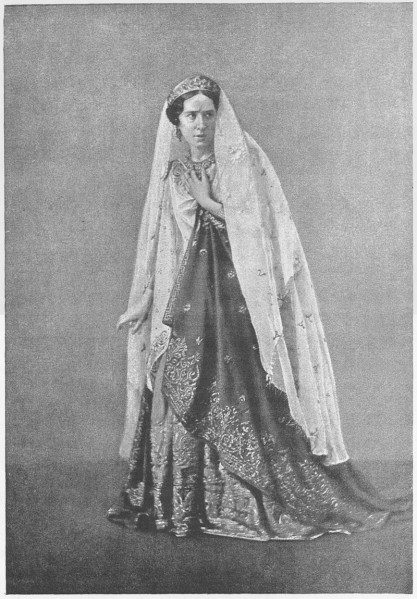 Like Sarah Siddons, Rachel combined steely control over her technique with a fathomless emotional power, as fearless of evil as good, delivered with persuasive force described by some contemporaries as “masculine”. Charlotte Brontë’s word for this quality was “genuine”.

The esteem in which Mrs Siddons was held by the British public and critics was higher than that of any other actor, male or female, in her lifetime. In 1817, her brother John Philip Kemble was given grander public honours on his official retirement than she had received on her own, five years earlier.

Stung by this proof of inequality, Mrs Siddons remarked that “perhaps in the next world women will be more valued than they are in this”.

Mrs Siddons in the Character of the Tragic Muse engraved by Cook, 1783. © Victoria and Albert Museum. She walks regally into the next world, as the most famous tragedienne in English-speaking history

9 comments on “In this world and the next: a tragedy of gender and celebrity”