or, All about the other Eves

In one of the most famous images of mainstream erotica ever produced, the model in this equivalent of a Playboy centrefold, is traditionally supposed to be Louise O’Murphy (1737-1814), the convent-educated fourteen year-old daughter of one of the many Irish Jacobite immigrant families in France. 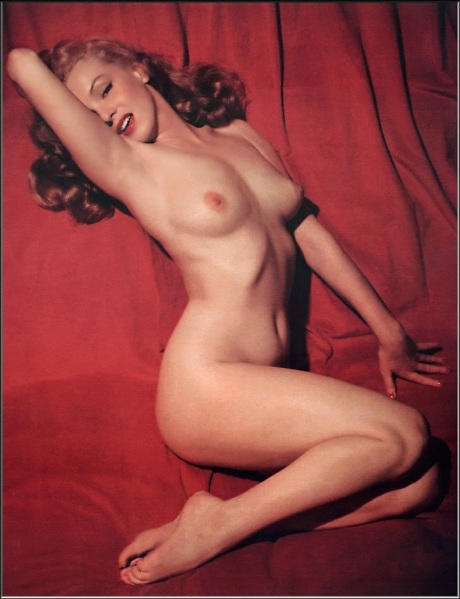 Whoever the 18th century blonde odalisque really is, she is being presented, with her buttocks displayed and legs already parted, as juicy young flesh fattened up for a king’s dish; the sensual prettiness of the picture is suddenly obscene; she’s not in control, having fun, like Marilyn, she is just a commodity.

Louise O’Murphy did not have the comfortable middle-class upbringing of Madame de Pompadour, who had the choice of remaining respectable Madame d’Étioles, the most brilliant salonniere of Parisian society, but preferred to pursue her ambition of becoming the king’s official mistress, the first bourgeoise to occupy the position reserved in the ancien regime for aristocratic women. She and her mother (who had an influential lover of her own) had been planning it for years – as nowadays, when commoners can marry into royalty without furore, a socially ambitious mother might manoeuvre her good-looking, well-educated daughter into marrying the heir to the throne.

Being a mistress did not carry the social disgrace of being an actress, even though acting itself was regarded as a noble art form, suitable for bourgeoisie and aristocracy to show off to one another in private. Much as the young Jeanne Poisson loved acting and excelled in amateur productions, she and her family would never have considered such an unrespectable profession for her.

French actresses had an even worse reputation for immorality than English ones, some of whom, even in the Restoration and 18th century, were defiantly chaste, and supported themselves without rich male protectors as far as they could in an insecure, seasonal, badly paid profession.  They were trapped; respectable men were threatened with disinheritance if they tried to married them.

Actresses were victims of society’s hypocrisy and snobbery, their talent and power to arouse admiration and grand emotion envied by respectable people, rather like Madame de Pompadour’s influence over the king was resented at court.

Even the great Adrienne Lecouvreur who had raised tragic acting to new heights of naturalness, giving revelations of spiritual truth to her audiences, was not allowed Christian burial.

Unlike Jeanne Poisson, the future Marquise de Pompadour, girls like Louise O’Murphy had no choice at the start of their career. Her parents were poor; they both had prison records, her father for blackmailing his employer and her mother for prostitution. Their daughters had no better alternative to making a living than by exploiting their beauty. If they were lucky, they would attract rich protectors who could set them up in a fashionable house; if they were unlucky, they would end up as street-walkers.

Louise’s talent was spotted by Casanova when she was only thirteen. Within a year of modelling for Boucher or another artist (according to Camille Pascal’s research), the painting, like a casting photo, got Louise her big break. She was picked for the king’s bed and her family’s fortunes were transformed.

When, like Eve Harrington in All About Eve plotting against Margo Channing, she over-reached herself in trying to replace La Pompadour, backed by the Marquise’s political enemies at court, she was married off to a titled aristocrat as consolation. She was widowed and remarried twice; a royal pension was available when she needed it. Her casual sexual relationship with the king continued and it’s been suggested she also pimped for him.

Anne Baxter (Eve), Bette Davis (Margo), Marilyn Monroe (Miss Casswell), George Sanders (Witt) in one of the greatest studies of ambition, envy and political intrigue ever made: All About Eve (1950), screenplay Joseph L. Mankiewicz, by based on a short story, The Wisdom of Eve (1946) by Mary Orr, uncredited.
Image source: Wikipedia

She was resourceful, a player, managing to keep her status as a glamorous society celebrity, and moving with the times during the Revolution by taking the new government’s finance minister as her lover and protector, but he was inconveniently murdered in a politically motivated massacre. She was imprisoned herself, in danger of being guillotined, on the grounds of her old royal liaison, until her son secured her a reprieve.

She lived till 1814, a survivor of everything patriarchy and state terrorism could throw at her. 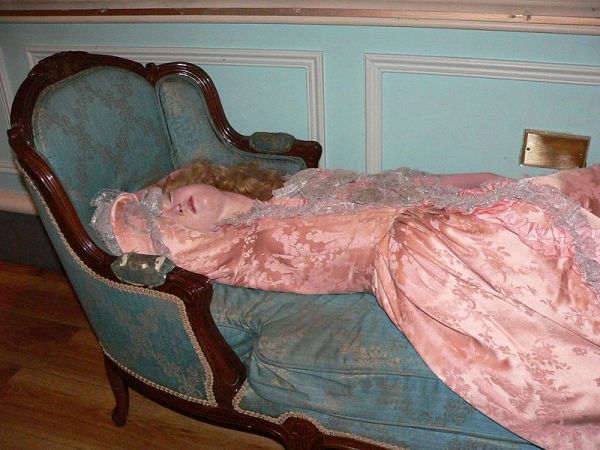 ‘Sleeping Beauty’ at Madame Tussaud’s, modelled, according to the museum’s own legend, on Louis XV’s last mistress, the natural chestnut blonde Madame du Barry, who was guillotined in 1793, aged 50. Image: Wikipedia