‘All in the golden afternoon
….
In such an hour,
Beneath such dreamy weather,
To beg a tale…
“There will be nonsense in it!”‘
Lewis Carroll, preface to Alice’s Adventures in Wonderland, 1865 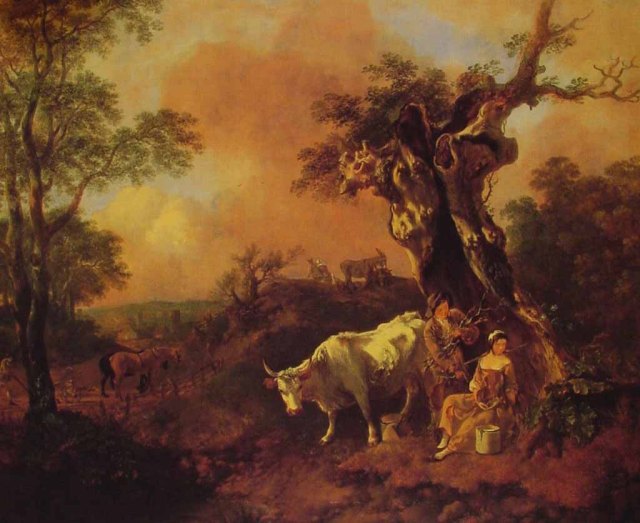 “Nostalgia is denial. Denial of the painful present.
The name for this denial is Golden Age thinking – the erroneous notion that a different time period is better than the one one’s living in – it’s a flaw in the romantic imagination of those people who find it difficult to cope with the present.”
Midnight in Paris, 2011, film written and directed by Woody Allen

“Say not thou, What is the cause that the former days were better than these? for thou dost not enquire wisely concerning this.”
Ecclesiastes, Chapter 7, Verse 10, King James Bible, 1611 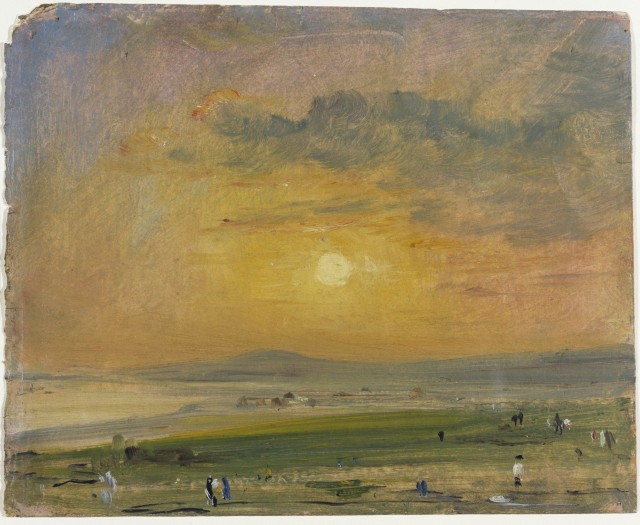 “….colours from the sunset take:
From something of material sublime
Rather than shadow our own soul’s day-time
In the dark void of night.”
(Keats, Epistle to John Hamilton Reynolds) 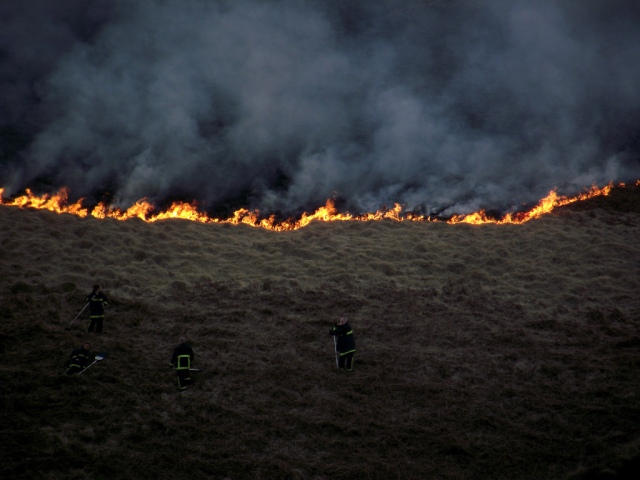 “The people who started the moorlands fires are responsible for a catastrophe that has endangered an enormous number of people. People are having to evacuate their homes, livestock has been lost and natural beauty spots have been ravaged. Resources have been sent from fire and rescue services all across the country.” Fire Brigades Union general secretary Matt Wrack speaking of the wildfires on Saddleworth Moor, Lancashire, England, which spread for 2 weeks during the heatwave of late June and July, 2018

“They never reached a golden age, or found El Dorado. ‘The journey, not the destination matters’, Rachael incanted, out of habit,
while they could see there was nothing left that glittered through the smoke ahead,
and the smell of burnt dirt did not stop rising from the ashes.
Philippa was in too sour a mood to stomach either irony or elegy and she snapped back:
‘Catch on fire and people will come for miles to see you burn’.”
Noëlle Mackay Human Rites 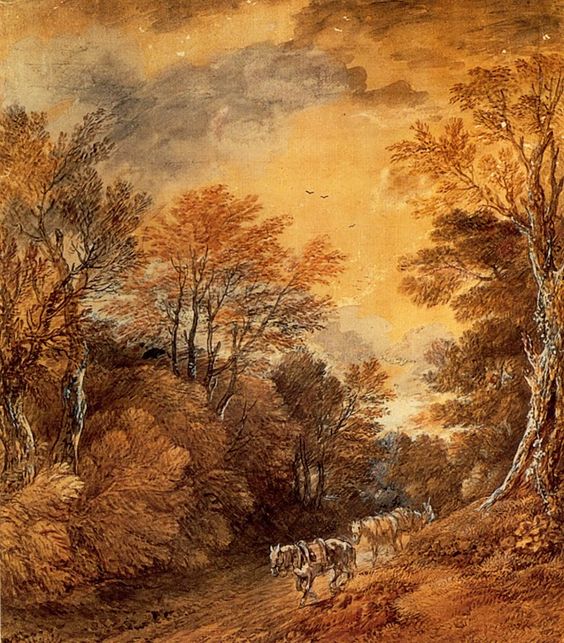 is either dead or under attack 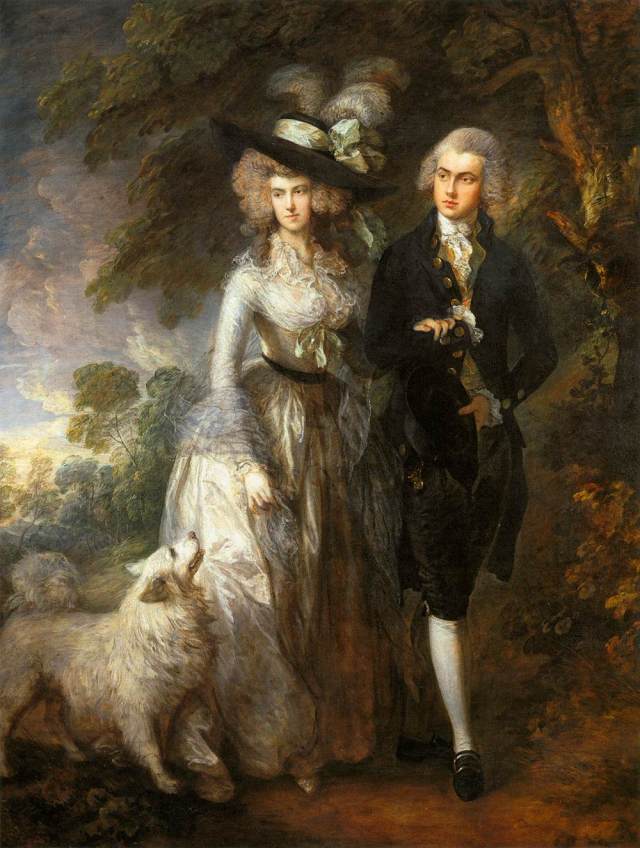 We congratulate ourselves on feeling so deeply about art that we must be good people or, at least, better than we thought we were a moment ago

GAINSBOROUGH IN High Society AT RIJKSMUSEUM 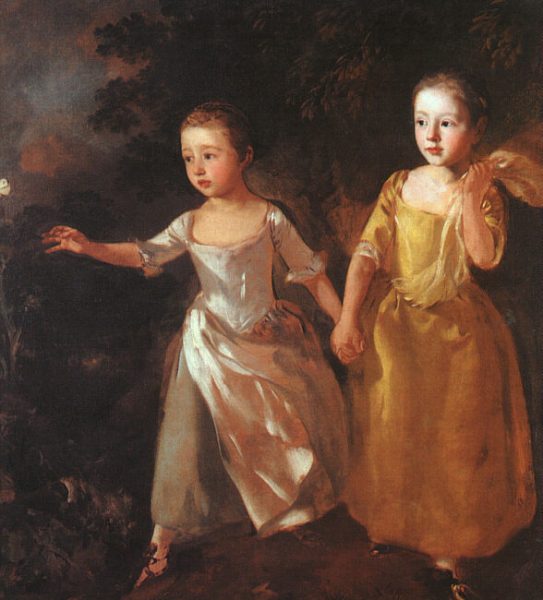 The Painter’s Daughters Chasing a Butterfly, one of Gainsborough’s intimate studies of his daughters made in the late 1750s, which took 18th century sensibility forward into a Romantic awareness of individual development through the senses. Image © copyright The National Gallery London

He sees beyond the fragile innocence of two little girls, in the glancing light of a fashionably Rousseauian childhood idyll, to a more profound understanding. He is not just a portraitist exploiting vulnerability and shimmering fabric; he is their father who loves them and worries about them.

He would prefer to think his daughters are happy and well, hale and whole, but he dared to paint the anxiety showing in their faces as they ran, clutching each other’s hands, through the sinister half-darkness of a wood, which is both catalyst and externalization of their unconscious minds.

Happiness as represented by the decoratively winged insect is always out of their reach; they experience, as Keats described, “the feel of not to feel it”.

I try to imagine again my first happy impression of this painting, first seen on visits to the National Gallery, when I was no older than the girls in the picture had been when their father painted them.

I took for granted they were living the ideal childhood of which I could only dream, long before I knew for a fact that both girls suffered from a genetic mental disorder, and grew up into deranged middle-aged women.

I didn’t see the sadness in their eyes, because I didn’t want to see it. The mysterious twilit wood looked enticing, not forboding.

When we look at their father’s painting, in ignorance of biographical details about the girls, shouldn’t our hearts still ache for them, with some knowledge intuitively divined, as Keats put it, “without irritable reaching after fact and reason”?

Or do we always impose our own preconceived ideas on everything we see, until some bossy person lectures us about it?

Let’s not make the mistake of thinking that the girls would have fared better in our time. Nowadays, Mary and Margaret might be taken away from Thomas Gainsborough, who loved them so, and his unstable wife, whom he also loved, to be put into mental hospital or a lifetime of unreliable drug dependency. 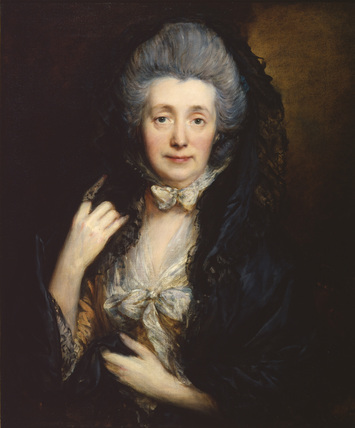 The painter’s wife, Margaret Gainsborough, by Thomas Gainsborough, c 1779, when she was about fifty years old.
Image © The Samuel Courtauld Trust, The Courtauld Gallery, London

Imagine being both the painter and the parent of those little girls, chasing their butterfly, never being able to catch it.

One person’s wistfulness is another’s indifference. Nothing we see feels the same to the person in the picture. We congratulate ourselves on feeling so deeply about art that we must be good people or, at least, better than we thought we were a moment ago

Good or not, we cannot help the girls in the picture.

We chase the butterfly.

The first thing you notice is the astonishing blue. It is a woman’s dress, with a luminous life of its own, a bright heart bursting out of a pale pink shell, made of the same colours as the blue sky, flushed pale carmine by the setting sun. Darkling, she “cannot see what flowers are at her feet, /Nor what soft incense hangs upon the boughs”. She has a woman’s head, but her body looks more like an exotic blue flower, a lady elf transforming from gordian to woman’s shape. Her dark curling hair might be part of a tree’s foliage. 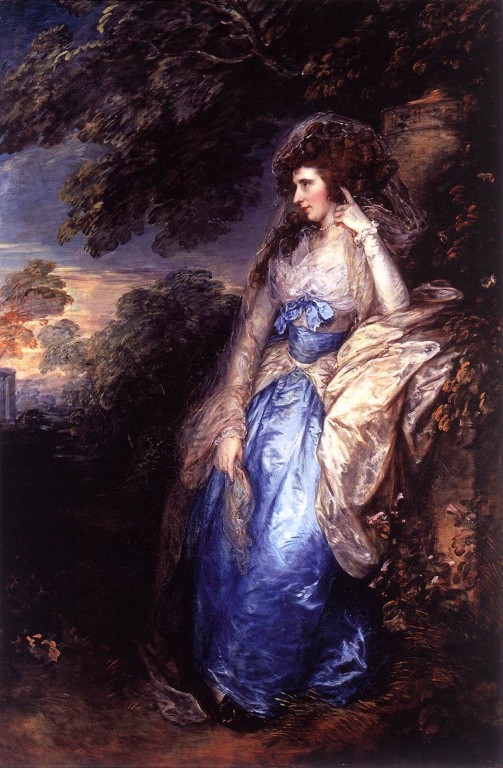 Lady Bate-Dudley, oil on canvas c.1787. © Tate. Her husband, Sir Henry, known as the Fighting Parson, was a loyal friend and supporter of Gainsborough; he also wrote comic operas. The Bate-Dudleys seem to have inhabited a surprisingly passionate landscape of their own.

Viewed as late 18th century society portraiture, Gainsborough’s painting of Lady Bate-Dudley is disconcerting, being far more about abstract colour and light than the status of the sitter; as poetry of art, it perfectly evokes states of mind painted in words by Keats.

Gainsborough was a poetic painter, Keats the most painterly of poets in an age inspired by unbounded imaginative affinities. Keats’ liquid imagery was as often in danger of dripping from his verse as Gainsborough’s oil-diluted colours from his palette. They END_OF_DOCUMENT_TOKEN_TO_BE_REPLACED