Brexit could be “the moment we finally failed as a great nation and became a second or third tier nation”. George Freeman, Chairman of the Conservative Policy Forum, Theresa May’s chief political adviser (The Independent)

BREXIT CAN BE REVERSED BY REVOKING ARTICLE 50 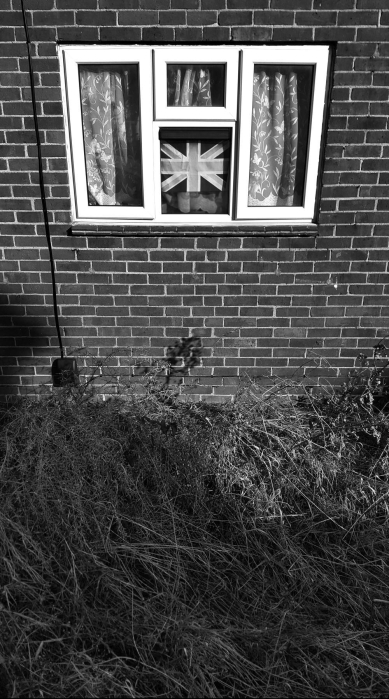 When men come to be undeceived, it is too late; the jest is over, and the tale hath had its effect….like a physician, who hath found out an infallible medicine, after the patient is dead. Jonathan Swift.

Mistakes of a Nation

“Mrs May condemns Catalonian nationalists for ‘a reckless act of separatism’ that ‘risks casting their people into a wholly unnecessary calamity‘.”
(BBC website, with thanks to Christopher Oxford for his invaluable FB page which represents the rational resistance to Brexit.)

“To know thyself is the beginning of wisdom.” Socrates

“There are few, very few, that will own themselves in a mistake.”  Jonathan Swift 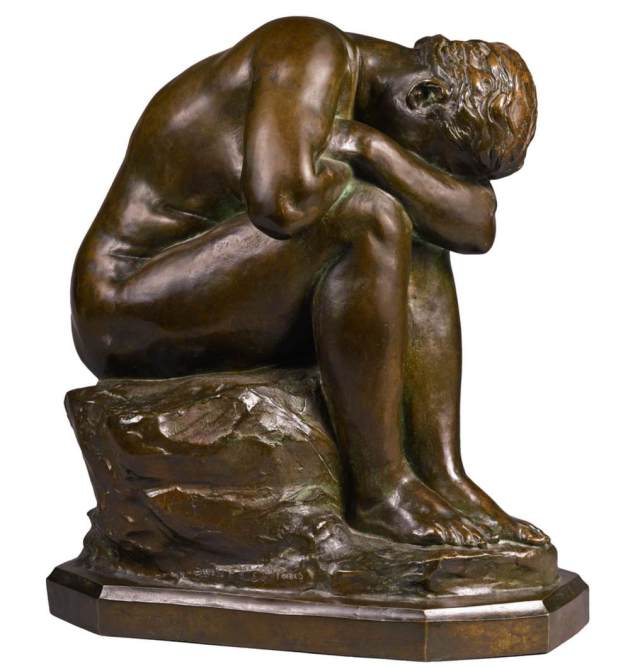 For once – I hope it’s only once –  I’m going to let two rich, middle-aged men speak for me.

They didn’t even remember to invite me to their party, but I, like them, am an angry denialist, rejecting this country’s fatalistic decline.

Before you generously ‘Like’ this post, you should know that I don’t respect the vote of anyone who voted Leave. When I try to, I’m lying to myself, and I won’t do that to you.

I think Leaving is deluded. I think the EU Referendum trivialized democracy and has betrayed our country’s past and future. I don’t want to “move on” into complicity. I prefer to stand ranting on the spot.

I know blogging about Brexit is silly and futile, but blogging is nothing if not a vent for denial and frustration, an illusion of empowerment, an undignified scramble for Likes and Followers similar to that of politicians and demagogues as they harry the country eating babies and kissing chips. [sic]

It’s my scream in the dark and if the noise disturbs you, I’m not sorry.

Extract from The Guardian, 12 May 2017.
[Ian] McEwan said: “I belong to the smallest, saddest, most pessimist faction: I am a denialist. Almost a year on, I am still shaking my head in disbelief. I know it’s not helpful, but I don’t accept this near mystical, emotionally-charged decision. How can it be that in a one-off vote, a third of the electorate have determined the fate of the nation for the next half-century?”

“The musician and activist Bob Geldof said: “I loved [McEwan’s] rejectionism. Anger is a great animus. I heard too much reasoned debate this morning. I resent those who voted leave. There is too much hubris that infects the political class. Fuck them.”

Does Geldof make sense, rejecting reasoned debate? Not much. I thought it used to be Leavers who didn’t have reasoned arguments, only sentiment and gut feelings, but now it seems everyone is mad in England, just as the gravedigger told Hamlet they were.

HAMLET
Ay, marry, why was he sent into England?

GRAVEDIGGER
Why, because he was mad. He shall recover his wits there, or, if he do not, it’s no great matter there.

GRAVEDIGGER
‘Twill not be seen in him there. There the men are as mad as he.

Emma Hamilton, painted by Romney at the height of her beauty and celebrity, long before she became Nelson’s blowsy, beloved trophy and resented by the ungrateful nation to whom he bequeathed her, in the character of Cassandra, the prophetess no-one believed.

“People are frightened of being associated with me in any way, shape or form.”
Gina Miller
interviewed by The Guardian, 13 May, 2017

“The air in my country is very foul”
Ian McEwan, at a press conference in Barcelona, March, 2017

“Now is not the time to obstruct the will of the people” Theresa May in the House of Commons, 2017.

“Terror is nothing other than justice, prompt, severe, inflexible; it is therefore an emanation of virtue; it is not so much a special principle as it is a consequence of the general principle of democracy applied to our country’s most urgent needs.” Robespierre, in a speech to the National Convention, 1794.

We are being bullied into acquiescence with a disastrous rupture with Europe. Our economy and civilization are being degraded, people we love might be torn from us, and we are told to be silent.

Brexit is being imposed upon us in a reign of Terror, in which dissent is suppressed and the rule of law threatened.

“Any institution which does not suppose the people good, and the magistrate corruptible, is evil.” Robespierre

“Enemies of the people” Daily Mail denouncing the judges of the High Court who upheld Gina Miller’s case for parliamentary sovereignty.

Our centuries’ old representative parliamentary democracy is broken, smashed under the weight of public opinion polls and political opportunism.

This is not democracy; this is authoritarianism.

If you don’t like Brexit, and you love your country, don’t shut up.  Never stop protesting.

“It is the right of those of us who voted to remain to continue to speak for what we believe is in our country’s best interest and not allow ourselves to be cowed into silence.” Ian McEwan, March, 2017

DOING THE MACARENA TO CATASTROPHE

IF ONLY IT WAS A BAD DREAM

The country you live in is changed 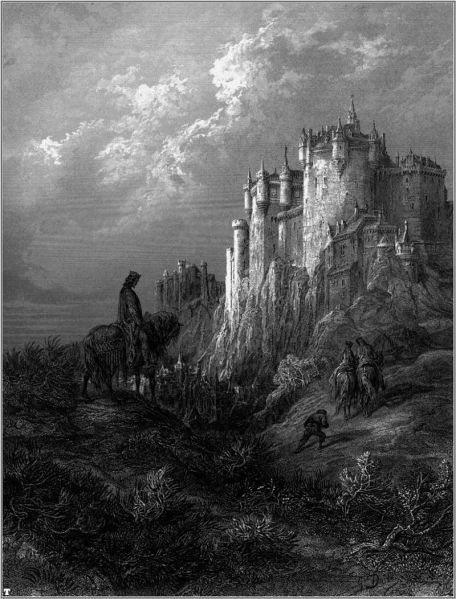 CAMELOT: Gustave Doré, illustration to Tennyson’s Idylls of the King, 1868

extracts from an article in The Guardian by IAN McEWAN:
“The country you live in, the parliamentary democracy that ruled it, for good or bad, has been trumped by a plebiscite of dubious purpose and unacknowledged status. From our agriculture to our science and our universities, from our law to our international relations to our commerce and trade and politics, and who and what we are in the world – all is up for a curious, unequal renegotiation with our European neighbours. How did we get to this? What can you do?

…. we’re almost evenly split. One third wants to leave, fractionally less than a third wants to stay, and a third doesn’t know or doesn’t care. Seventeen million against 16 million. Each full of contempt for the other. And on this basis and unlike any other country in the world, we are about to redraft our constitution and much else besides.

….the lies that needed to be told to gain the result. The £350m a week that would become available to the NHS; that we could halt immigration from Europe and remain in the single market….

Meanwhile, the economy is in decline, the pound is drifting towards parity with the dollar, the jobless lines are lengthening. Racists and xenophobes are gripped by an elated sense of entitlement…. 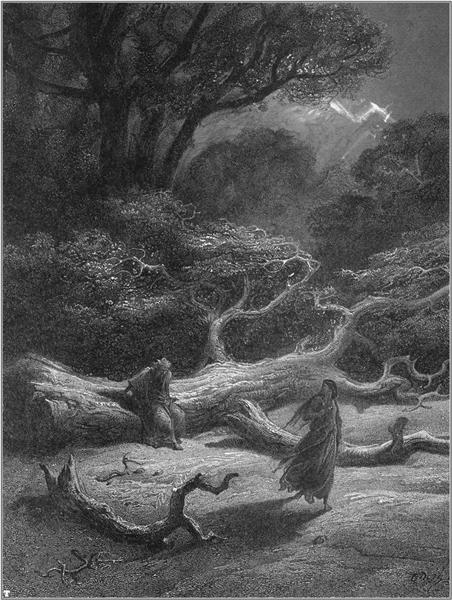 Doré, illustration to Tennyson’s Idylls of the King, 1868.
Vivien leaves Merlin sleeping in the oak tree in which she has ensnared him “and the forest echoed ‘fool'”.

Then, in one moment, she put forth the charm
Of woven paces and of waving hands,
And in the hollow oak he lay as dead,
And lost to life and use and name and fame.

Then crying “I have made his glory mine,”
And shrieking out “O fool!” the harlot leapt
Adown the forest, and the thicket closed
Behind her, and the forest echoed “fool.”
From Alfred Tennyson, ‘Merlin and Vivien’, Idylls of the King