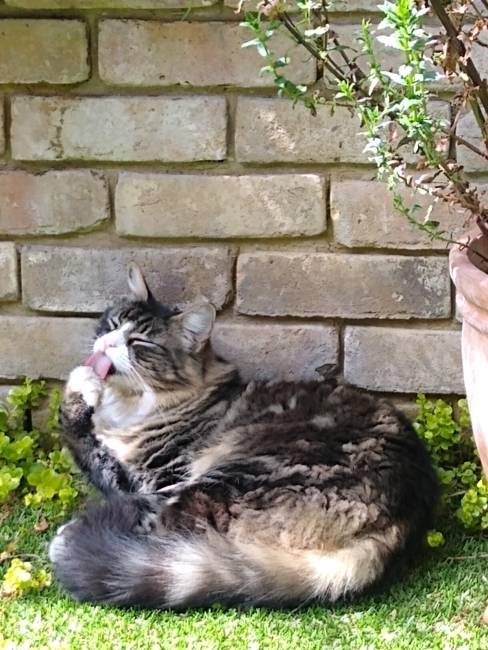 “I went to collect the few personal belongings which…I held to be invaluable: my cat, my resolve to travel, and my solitude.” Colette

“The world is very lovely, and it’s very horrible–and it doesn’t care about your life or mine or anything else.”
Rudyard Kipling, The Light That Failed

“He’d never seen anything in a cat’s face but simpering incuriosity and self-interest” Jonathan Franzen, Freedom

“After the attrition of thirty humdrum years, he no longer loved her for her human qualities. He still found her attractive because she was as self-possessed as a cat. Observed or unobserved, wherever she was, she behaved the same, with the same rhythm and attention to detail, a graceful selfishness, true to herself, if not to him.

He was as absorbed in her as she was in herself. Watching her brushing her hair, applying ineffable creams to her face and body, swiping her tablet as if it were a mirror to her other, secret selves, or eating her small helpings of balanced meals at the same table as him without once looking at him, he felt he barely existed. He was not offended. He admired her independence and indifference to other people’s petty jealousies. When she came home in the small hours, without telling him where she had been, he knew better than to ask. She was her ‘own damned cat.'”
Noëlle Mackay, Human Rites