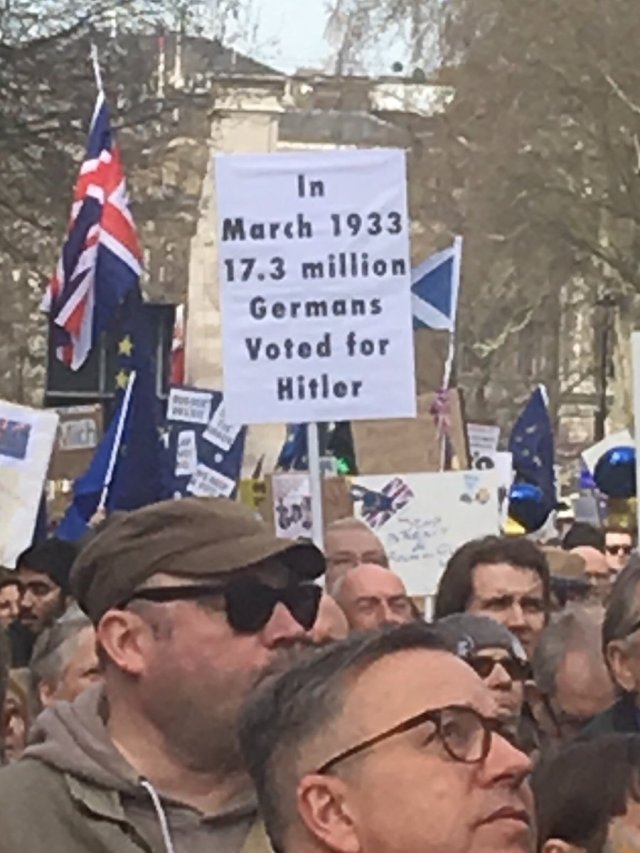 Protesters on the march of 23 March 2019, calling for the British Government to stop our withdrawal from The European Union.

After years of division, defeat and self-doubt while being betrayed by the sport of politics, England has re-discovered national identity, born of freedom of movement and diversity, through the Beautiful Game that has broken English hearts for so long.

Whether they win or lose the final goal, the victories of the England football team and the sagacity of Southgate, the redeemed hero, have excited, if not entirely united, the country.

England would not have reached
the World Cup competition without
Freedom of Movement.

“6 of @England’s starting line-up 1st- or 2nd-generation immigrants. Without them, we’d be down to 5 men. And trace back family histories of every England player and you’ll find migration stories….”
Global Citizen