A narcissist who thrives on attention, Johnson probably won’t be upset by some of the hilarious parodies now in circulation:

Johnson and Trump are both corruptly democratically elected dictators and share personal characteristics. There are two differences, balancing each other out. The first is personal. Trump is stupid and instinctive, Johnson is intelligent and calculating. The second is circumstantial. Trump rules a super power, Johnson is the figurehead of a declining power that has done the “stupidest thing any nation has ever done” (Bloomberg) in choosing Brexit, making its own people poorer and its global influence impotent.

Johnson did not believe in Brexit in 2016, and we may safely assume he doesn’t believe in it now. He doesn’t care. He believes in himself. It is not a coincidence that humans are being led by megalomaniac lying narcissists at the beginning of the end of the world. Even if we didn’t vote for them ourselves, we didn’t fight hard enough to stop them.

So we are all accountable.

We have got to fight harder. Or have we? What do you want to do? People have always adapted, haven’t they? Survival of the fittest and all that? Is that what you want? Is that the sensible thing to do?

Johnson’s absence lotus-eating while Trump plays WWIII games with world peace and the Australian burns has been called cowardice. That jibe would cut most of us to the quick. Not Johnson. Not Trump. Their narcissism gives them armour for self-preservation that the average person doesn’t have.

They don’t care. That’s why they are successful, that is why they were elected by people in flight from the horrors of reality, overfed on lies and false promises, bored by facts, obsessed by structured reality shows, who wanted leaders in their own image to reassure themselves that they are good. They don’t care that it’s a lie. That’s where we are in evolution. The age of denial before extinction.

It’s not going to happen in your lifetime? So you don’t care? I hold you to account. I hold myself to account, too, but I would rather scream alone in the dark than break bread with any collaborator.

We are witnessing the slow agonizing death of our world, and most people don’t care. So they follow leaders who make not caring look aspirational.

Look! Be a PM or President with a subjugated trophy women at your side! Look! Tax havens! Free use of millionaires’ villas on sleazy sex islands! Look! 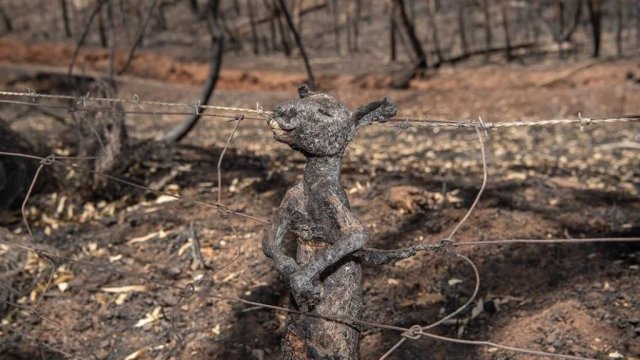 YOUNG WHALE KILLED BY PLASTIC WASTE IN THE OCEAN
The Guardian

“Action must be taken by the government against those who continue to treat the waterways and ocean as dumpsters.”

We are all accountable, by someone, in the end. Thoughtlessness is evil.

Same story reported in The Independent

This is one of mankind’s greatest crimes. The ivory trade is threatening elephants with extinction. Persistent poaching of animals with the biggest tusks has messed with their evolution. Elephants are being born without tusks.

Humans are a plague on the planet we share with other animals. We are our own worst enemy. We still have the power, if not the will, to protect other animals from us. 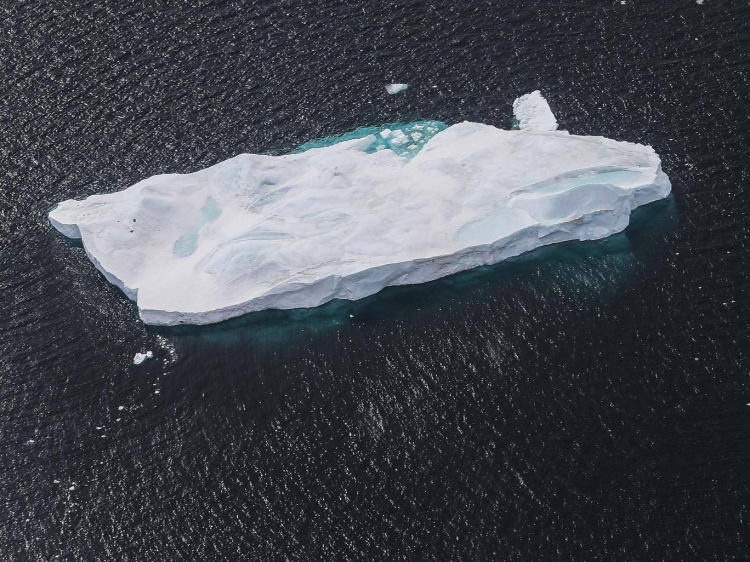 “There can now be little doubt: this will be the last century of civilisation in any form we currently recognise.”
Christopher Oxford

MAN-MADE CLIMATE CHANGE IS RESPONSIBLE FOR STARVATION OF POLAR BEARS IN THE ARCTIC,
FILMED BY CONSERVATION GROUP
IN “SOUL-CRUSHING” VIDEO (The Guardian)

Our species is accountable. Our burden of guilt is immeasurable.
Instead of wallowing in our own sentiment over animated polar bears in cute Christmas ads, we should be saving real animals from our wanton destruction of the planet we share with them. 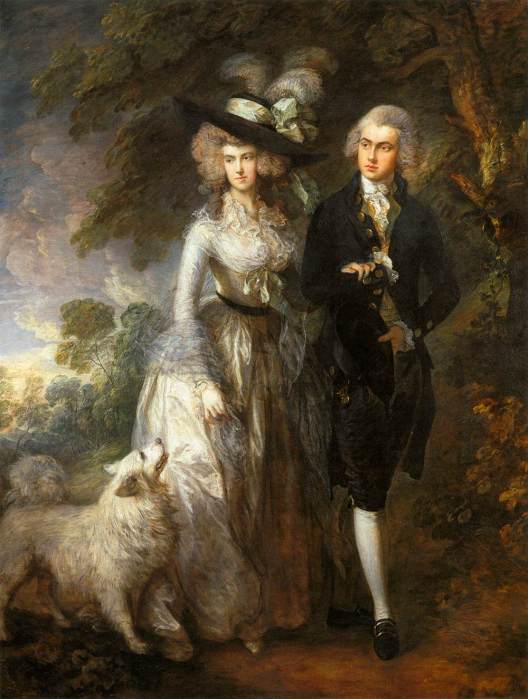 Our elected representatives in Parliament appear to be unreasoning animals who do not feel pain or emotions as they devour the best of Britain’s past and future.

The EU Withdrawal Bill is a withdrawal from civilization.

“….Brexit is corroding the national consensus on what sort of country we are, tearing the fabric of our society, and pointing us in a third-world direction.” A.C. Grayling, The New European 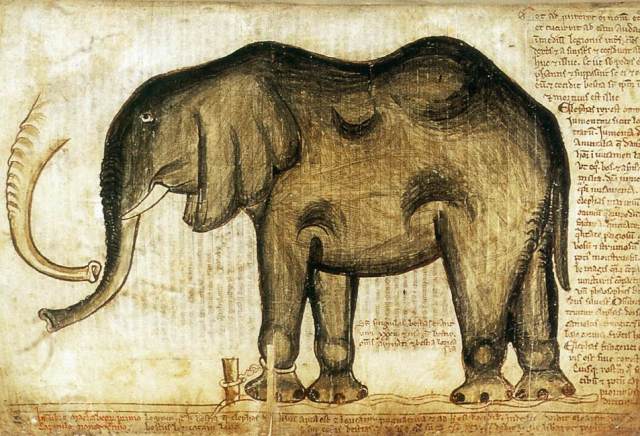 Matthew Paris Book of Additions c. 1250 Manuscript British Library, London
This African elephant was given to Henry III of England by Louis IX of France in 1254. Soon after its arrival during a cold English winter, the elephant was imprisoned in the royal menagerie, established in 1235, in The Tower of London. The elephant died three years later, in the “house of forty feet long and twenty feet deep” that had been specially built for it, after being given too much red wine to drink.

What a piece of work is a man! How noble in reason, how infinite in faculty! in form and moving how express and admirable, in action how like an Angel, in apprehension how like a god! The beauty of the world! The paragon of animals….
Shakespeare, Hamlet, c. 1600

Pietro Longhi The Elephant 1774, Oil on canvas. This shackled Indian elephant was exhibited during the cold winter of Carnevale in Venice.

After claiming credit for the invention of Fake News, Trump now seems to believe he has invented rational leadership. He has postponed his decision to allow imports of elephant hunting trophies

“All courses of action are risky, so prudence is not in avoiding danger (it’s impossible), but calculating risk and acting decisively. Make mistakes of ambition and not mistakes of sloth. Develop the strength to do bold things, not the strength to suffer.” Machiavelli, The Prince

“Men are so simple of mind, and so much dominated by their immediate needs, that a deceitful man will always find plenty who are ready to be deceived.” Machiavelli, The Prince

Antoine Caron The Elephant Carousel, one of the famous, ground-breaking entertainments devised as part of Catherine de Medici’s political programme to augment the Valois dynasty during the second half of 16th century France. Our modern concept of performance arts derives from her vision; a political agenda is understandable, the abuse of a living animal is always inexcusable. Image: WGA

“The vulgar crowd always is taken by appearances, and the world consists chiefly of the vulgar.” Machiavelli, The Prince, written 1513, published 1532.

Antoine-Louis Barye Elephant from Senegal Bronze. Private collection. Image: WGA
Not shackled any more, but still running, always in danger from human cruelty, made up of stupidity, pride, envy and greed.

Nature’s great masterpiece, an elephant
(The only harmless great thing), the giant
Of beasts, who thought none had to make him wise,
But to be just and thankful, loth to offend
(Yet nature hath given him no knees to bend)
Himself he up-props, on himself relies,
And, foe to none, suspects no enemies,
Still sleeping stood; vex’d not his fantasy
Black dreams; like an unbent bow carelessly
His sinewy proboscis did remissly lie.
(John Donne, stanza XXXIX from The First Song Of The Progress of the Soul, 1612)